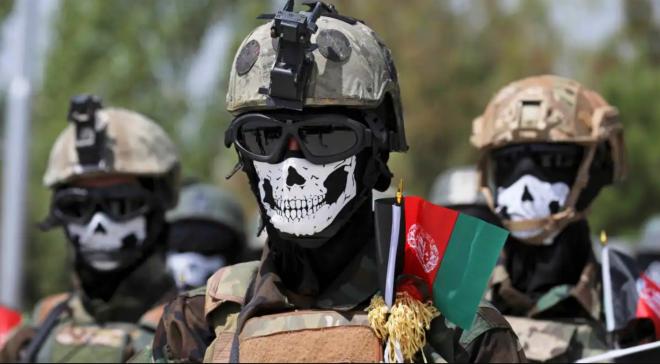 KABUL - Russia, and Iran have significantly gained by successfully recruiting US-trained Afghanistan soldiers who fled the country after the Taliban took over, and the team could be actively involved in the Ukraine war and Iran's conflict with Yemen, in what could be the biggest loss to Washington.

While Iran is actively involved in the Yemen war, Russia has also been battling with Ukraine and it is believed that the recruits are now being used to fight for the two countries which are against Americans. According to VOA, the situation is changing from bad to worse.

Haibatullah Alizai, the former Afghan army chief, said Tehran is using the vulnerability of former Afghan forces now living in the country to recruit them to strengthen the ranks of Houthi rebels in Yemen.

“When former Afghan military members go to immigration bureaus in Iran to extend their visas, they are told to go to Yemen to fight in support of the Houthis,” Alizai told VOA.

According to Associated Press, Russia is intending to offer Afghanistan commandos up to $1500 a month for them to fight in Ukraine while asp promising to take care of their vulnerable families back home. Since January, Russia has been fighting in Ukraine.

The Associated Press reported that Yevgeny Prigozhin, the head of the Wagner Group, dismissed claims of recruiting former Afghan soldiers as “crazy nonsense.” But pressuring Afghans to fight is not a new tactic. In 2016, Human Rights Watch said Iran was using Afghan refugees as soldiers to fight in Syria.

"Now a big majority of Afghan former commandos are inside Afghanistan, disguising and living in hiding,” said Ahmadi, adding that “a number of them were detained and tortured by the Taliban."

Ahmadi said some of the former soldiers were held and tortured in Taliban prisons. But he said after tribal elders intervened, many were released after they paid money and vowed never to speak of their treatment in prison.

Ahmadi says Afghan special forces feel betrayed by the country’s former political leaders and he describes many now as "desperate, hopeless, and vulnerable."

He also urged officials in Washington to try to help those Afghans who fought shoulder-to-shoulder with the U.S. forces for the past 20 years. "The U.S. should fulfill its promises and not let these forces be hired as mercenaries," Ahmadi said.

“It’s certainly a hard decision for the U.S. to make in terms of trying to take steps to ensure the safety of all these thousands of commandos, particularly in light of recent developments, where, as we said, certainly Russia but [also] other states might see an opportunity here to recruit some of these ... seasoned and well-trained fighters who find themselves living in desperate conditions,” Campbell said.