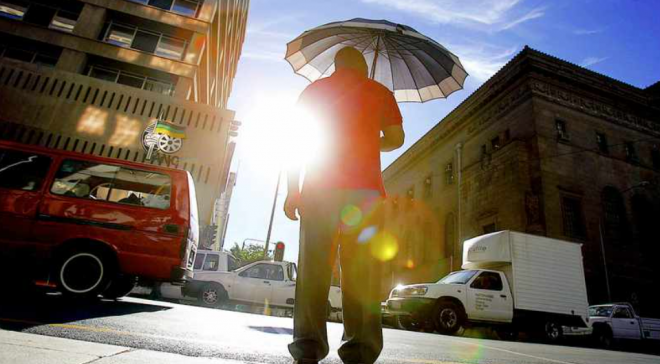 CAPE TOWN, South Africa - At least 8 people have been reported dead in South Africa due to the heatwave that has swept parts of the country in recent weeks.

"We are extremely sad to hear about the passing of eight people that have died of heat stroke in the Northern Cape after a heatwave hit the province over the week.

The hot weather is a major concern in some parts of South Africa," government spokesman Michael Currin said in a statement.

Those reported dead were mostly farm workers in the sparsely populated and largely semi-arid Northern Cape province which borders Namibia and Botswana, according to the labour ministry.

Parts of South Africa have been scorched by a summer heatwave with temperatures hitting 40 degrees Celsius on some days.

The European Union's climate monitoring service said earlier this month that the last eight years were the warmest on record globally.