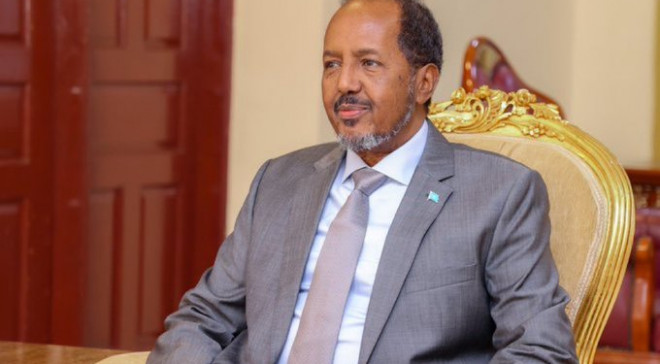 MOGADISHU, Somalia - The President of Somalia Hassan Sheikh Mohamud on Monday invalidated the law on which the formation of the electoral body was anchored, just months after the Horn of Africa country failed to hold universal suffrage elections.

The president dissolved the National Independent Electoral Commission [NIEC] of Somalia for incompetence to conduct one-person-one-vote elections in the country, paving for the traditional method which gives clan elders space to dictate elections.

The Halima Yarey-led commission came under scrutiny as the country struggled to reach a consensus on the method to be adopted for elections, and would eventually bolt out citing a lack of preparedness in terms of logistics and civic education, including registration of voters across Somalia.

On Monday, Hassan Sheikh abolished the law using presidential veto powers, consequently, ordering the government to form a new commission besides forming also a new Federal and Border Commission which will play a crucial role in the delimitation of electoral and administrative boundaries.

NIEC has been deemed illegal by a decree issued by the president on the grounds that constitutional procedures were not followed during its formation. The President gave the Cabinet the order to create a new Election Commission as well as a new Federal & Border Commission.

While suspending the law indefinitely, President Hassan Sheikh Mohamud cited that constitutional procedures have not been followed for the enactment of the laws that were the basis for the establishment of two Commissions, in an indirect attack on the former administration of Mohamed Abdullahi Farmajo.

Somalia is yet to hold up universal suffrage elections in more than five decades and one of the major acid tests for the new administration is to do proper preparations to avoid last-minute rash in 2026 when the country is supposed to go for elections in compliance with the constitution.