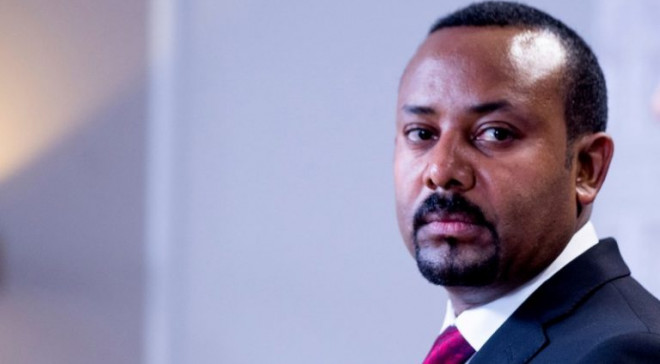 ADDIS ABABA - Ethiopian Prime Minister is after all admitted to hospital, multiple sources have confirmed to Garowe Online, ending speculations following his absence from the public glare for the last couple of weeks, as the country continues to battle with various challenges.

For weeks, there have been concerns about the whereabouts of the Prime Minister, with some quarters claiming that he has been on the battlefield following clashes between security forces and the Oromo Liberation Front [OLF], a group that government dismisses as terrorists.

The Ethiopian National Defense Forces [ENDF] has been battling against the group, with some media houses reporting that PM Ahmed could have gone to the battlefield. A few months ago, he had joined ENDF in the fight against Tigray People's Liberation Front [TPLF]

But reliable sources told Garowe Online that the Ethiopian PM is currently undergoing treatment in the United Arab Emirates [UAE] and has been admitted for the last couple of days. According to the sources, the PM is reportedly suffering from chronic back pain.

On Wednesday, Abiy Ahmed was again absent during the reception of Russian foreign minister Sergey Lavrov who arrived in the country. Protocol dictates that once such guests arrive in the country, they are taken to the office of the PM for bilateral engagements.

But in Africa, it's not unusual for the government to guard information regarding the health of senior government officials, with some dying for several days before the public is notified. This is usually due to a conflict of interests within the government.

His admission comes just as the country foiled Al-Shabaab attacks. After foiling a complex Al-Shabazb multi-direction attacks in the east days ago, Mustafe Omer, the president of the Somali region, announced that his regional state in Ethiopia is working to create a 'buffer security zone' inside Somalia to shield its territory from the acts of terrorism.

Omer said the objectives of Al-Shabab's new war in eastern Ethiopia are different from the previous cross-border attacks, adding their info indicates that other foreign powers deadlocked with Addis Ababa over the giant Nile dam may involve. Ethiopia is under pressure from Egypt and Sudan overfilling of water in the Grand Renaissance dam.

He accused unnamed foreign countries of waging proxy warfare in Ethiopia through Al-Shabab which wants to set up permanent bases in the country in an attempt to disrupt the $4.2bn dam project. This comes as a dispute remains unresolved between Egypt, Sudan, and Ethiopia over GERD.